At an early age, Johnson got his first rudimentary musical instrument, a diddley bow. As he grew up, he came up with new ways to improve and vary the sounds he could make with it, and in 1964, at the age of thirteen, he bought his first guitar, an acoustic model that had only two strings, from a Salvation Army store in Clarksdale. 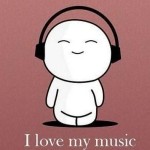